Being the incorregible person that I am, I wanted a new mermaid top that matched my Arielle Magictail.  Very few people make tops that fit WELL on models over a cup size B or C.  My Merbella top was bought knowing it would not fit me perfectly, and that it had been designed to fit up to a C cup after put on the bra.

I came upon Mernation by chance, after browsing on Etsy for "mermaid tops".  Their Silicone Scale Top got my attention immediately.  Not only they included D cups (mine), they also accepted customizations, even though the price could vary.  Their opening price, $160, seemed to me very reasonable, so I sent them an email, saying I was ready to buy one of their tops, and asking if it would be possible to have one that would not tie at the neck as a halter top.  My Merbella top is a halter, and after a while wearing it, the pain on my neck is substantial.  The first day of contact was October 21, 2014.

They replied very professionaly within a 24 hours period, saying that yes, it would be possible to leave the shoulder straps and cover them with fishing net.  They also stated it would be best if I were to buy a bra and ship it to them with the straps already set in their right place.  That way the fitting would be 100% accurate.  It was a perfect plan, and I gave them the OK to bill me with PayPal.  The final top cost was $180 for the custom design, and I was allowed two colors of my choice for the painting.  I sent them a picture of me on my Arielle tail, and asked if they had similar colors.  I wanted it to be blue with hints of green.  I was told they blended their own colors for each work they did, which I found amazing.  I was over the Moon.  I was sure this top was going to be wonderful.

I had some problems finding the bra I needed, but I bought a nude bra and shipped it to them on November 5.  It was sent urgent, but my tracking number was not working and I emailed them on November 19 to ask if it had arrived.  I was told they were out for the Thanksgiving holiday, and they contacted me again on December 3 to say they bra had arrived and they were going to start production.

I was sent a picture on the same day!, to ask if I liked the colors: 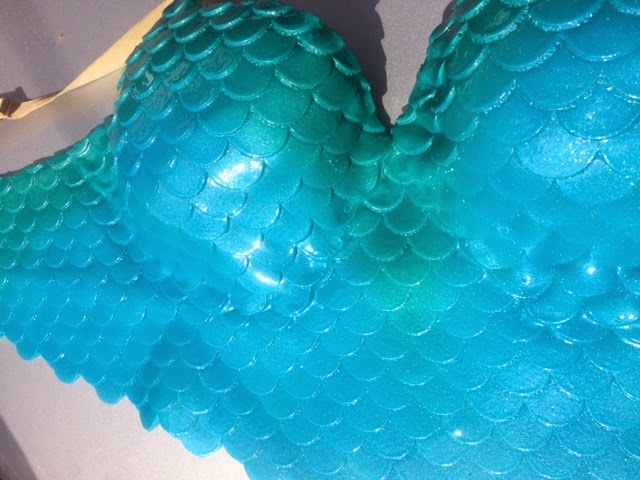 I told them they were amazing and that I loved them.  The following day they sent me two more pics, to ask if I wanted some extra netting over the cups: 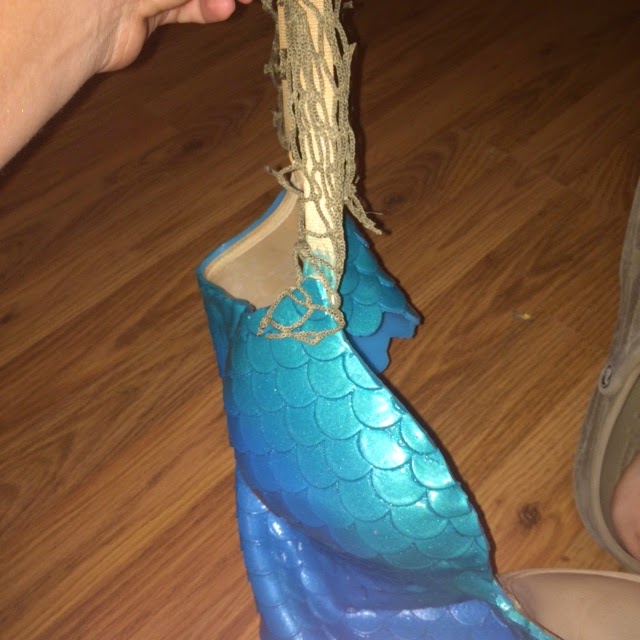 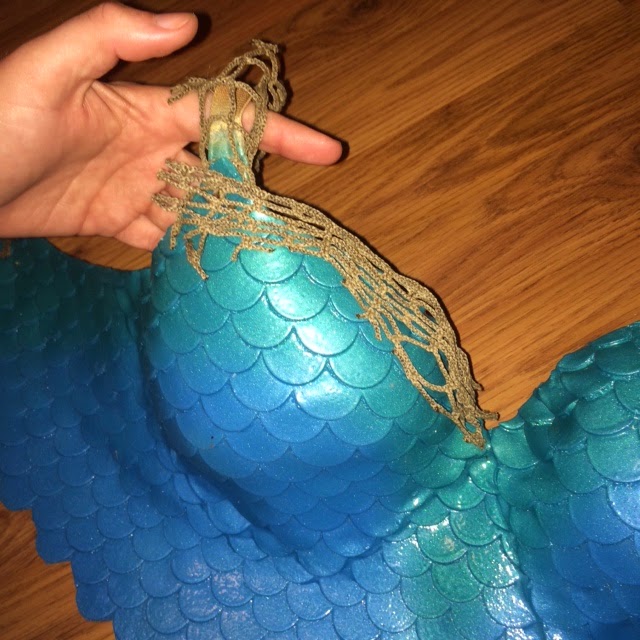 The answer was a yes.  That same day the top was finished, and on December 5 I was invoiced the shipping charge, which was $25.  I paid, and the top was shipped that same day.  It arrived to my house on December 16. My mom offered to pay for it, so the top ended up being a Christmas gift from her.

It came very well packaged on a cardboard box, covered with green tissue paper.  The package showed that the shipping was precisely what I had been charged, unlike my previous experience.  I was speechless when I took it out.  It was perfect.  Flawless.  I tried it on immediately and it fitted like a glove! 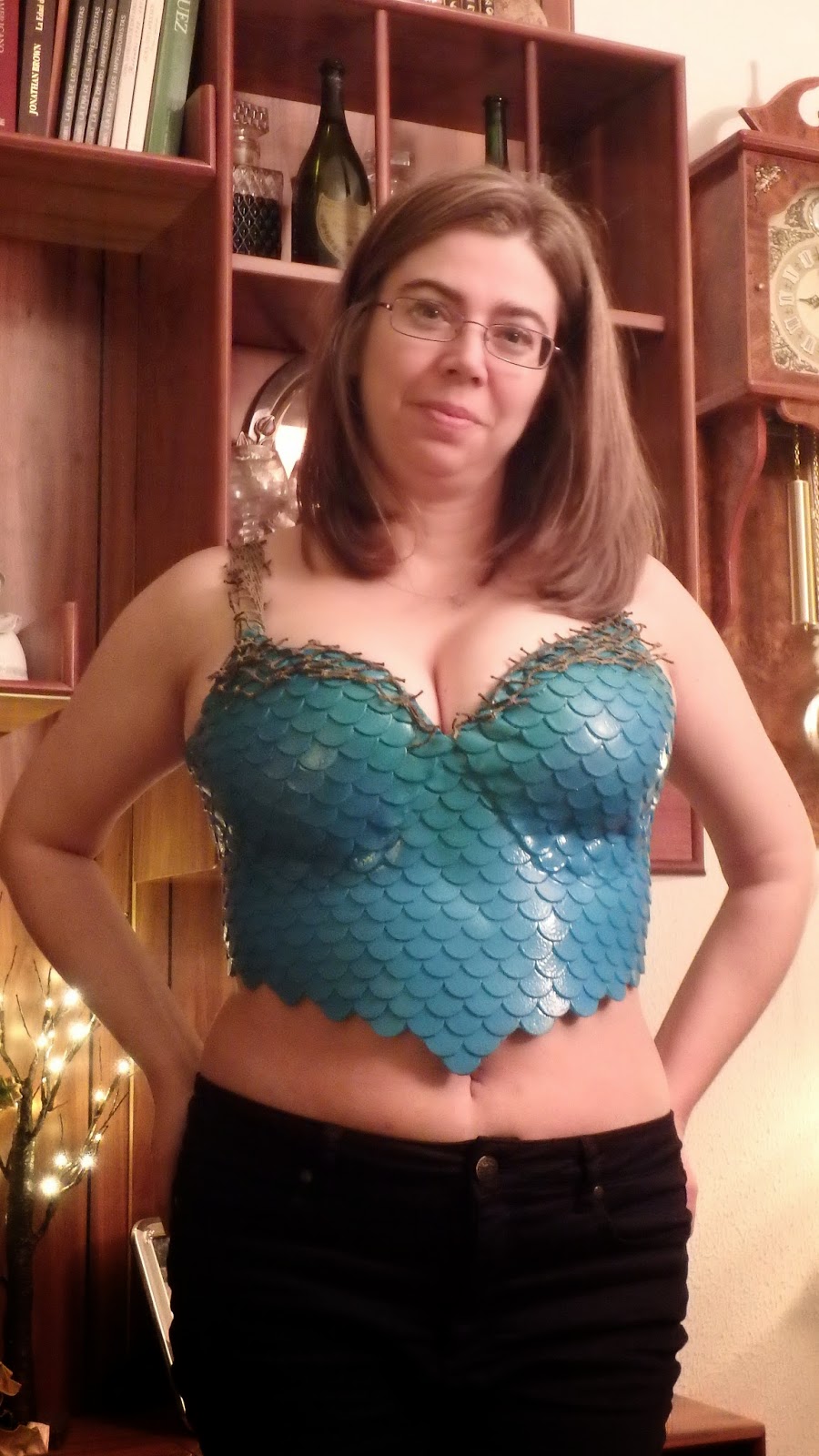 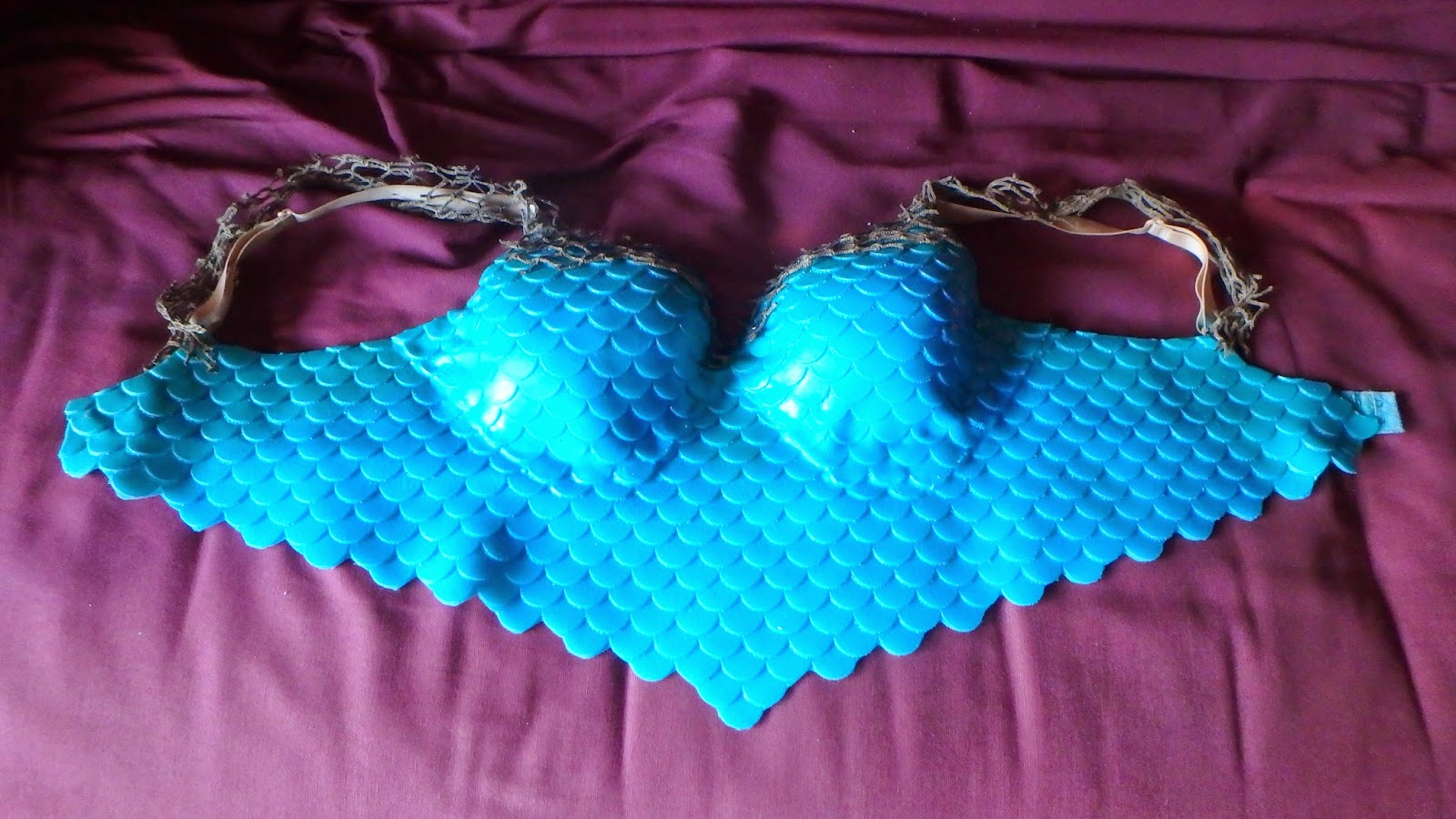 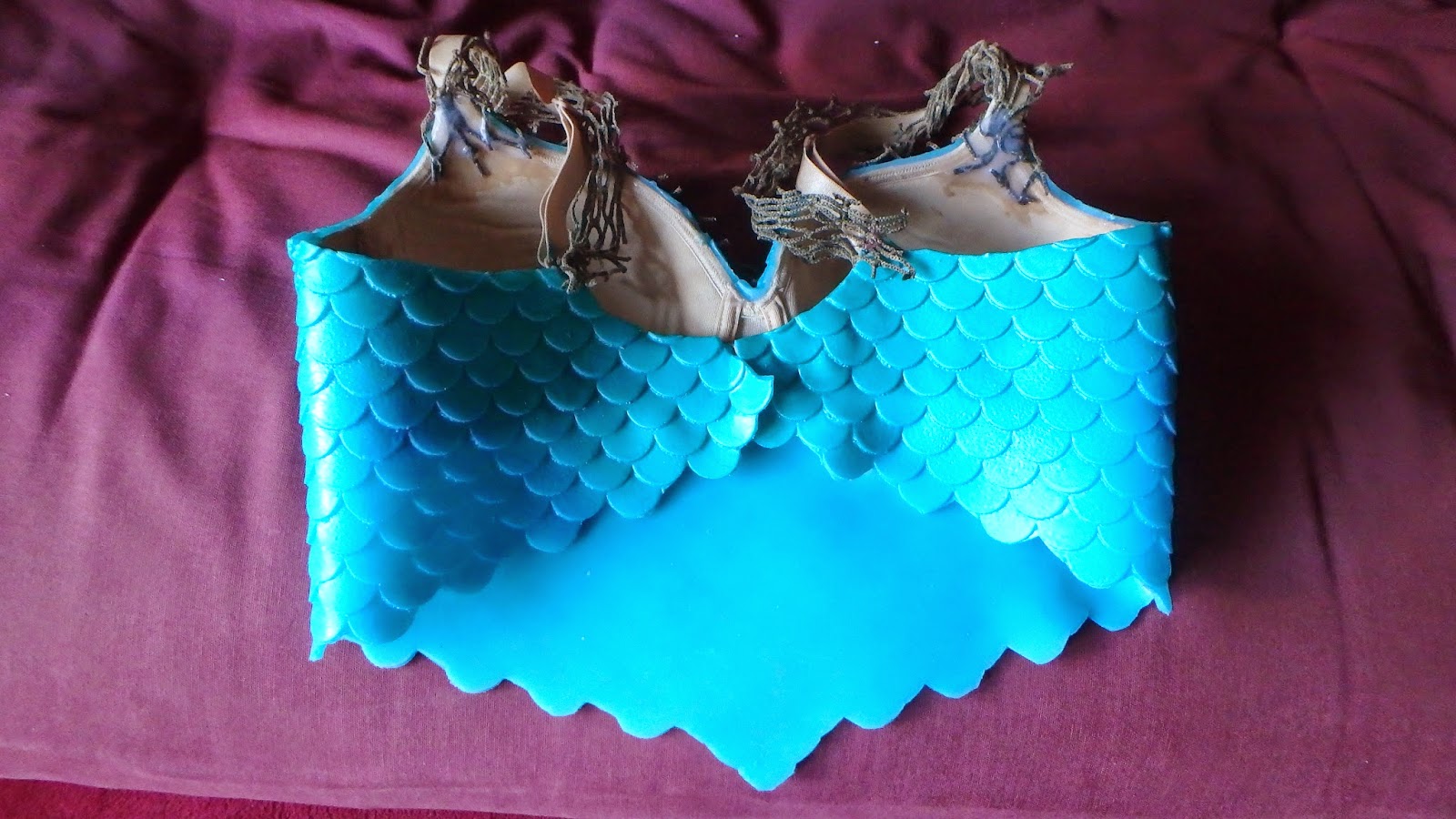 I love how the scales drape over the tummy!  It is so flattering!  I cannot wait to try it in the water. More pics soon to come!

I am very, very happy that I chose Mernation.  It has been a fabulous experience, and one that I would be ready to repeat.  I very much appreciated how they kept in contact with me throughout the whole process (thank you Lauren!!), and each reply was made within 24 hours.  I am not considering a silicone tail on the short run, but if I ever do, right now I would choose Mernation without a doubt.  It is fantastic that they really want to make the customer happy.  I cannot say enough, and I wholeheartedly recommend them.

UPDATE 21-01: Last Monday I went swimming with the Mernation top.  It is a dream!  It does not move at all while swimming.  In fact, it is like you were wearing nothing at all.  No fuss, no issues, no more pressure on my vertebrae due to halter ties, not even pressure on my shoulders!  My boobs stayed put all the time, they did not attempt to come out, and the silicone was very comfortable.  I had 3 different people commenting on it, saying how original and pretty was.  I think this top will be the first of two or three (with time...).  So so happy!!
Posted by Kaleidoskopic Romance at 9:31 PM

What you will find here

Kaleidoskopic Romance
Even though this blog started as a way of sharing my dollhouse and miniature projects, for lack of time I cannot do crafts as much as I want, so this has turned into a mixbag, but there are some things that will always be present: Absinthe, corsets and merchandise. Vampires may come up occasionally, and so will mermaids. Nail art is a new hobby, so it will be around as well. Occasionally I do reviews of stuff that I buy, hoping it will be helpful to someone. I hope you enjoy my little vices with me!

I've been featured by these wonderful people!